Before we get to the Bank of England’s decision today, we urgently need to clear something up. There’s a misconception that sometimes floats around at times like this, that while interest rates are on the rise, the fact that they’re so low compared to historical standards means there’s no reason to be concerned.

You’ve probably heard this argument while talking to relatives or colleagues. Maybe you’ve even trotted it out yourself.

Even after today’s 0.5% increase – the joint-biggest since Bank of England independence in 1997 – interest rates are just 2.25%. That is less than half of what used to be considered the “neutral” level for interest rates – 5%.

It is barely a fraction of the levels interest rates hit in the 1980s and 1990s, when they scaled double-digit peaks.

Surely only a snowflake would fret about interest rates hitting 4.75%, as they’re expected to do by next year?

And in one respect that’s quite right. Looking solely at the headline interest rate itself, it is indeed far, far lower than it has been for most of history.

But the problem is that the interest rate alone gives you no sense of how affordable mortgages are. This is not just a small point; it’s everything. And here’s where things get interesting, which is to say scary.

As any homeowner knows, your ability to repay your mortgage depends on all sorts of factors besides the interest rate itself. 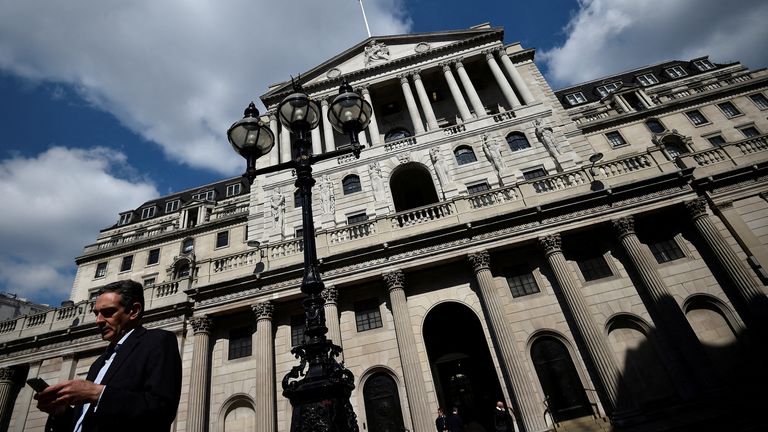 It depends on the length of your mortgage term and it also depends on how much assistance you’re getting from elsewhere.

It’s often forgotten that up until the late 1990s, British households were able to offset some of their mortgage interest payments against their tax bills; Mortgage Interest Relief At Source (MIRAS) significantly reduced the effective mortgage burden for millions of households in the 1980s and 1990s.

In short, looking only at interest rates, important as they are, is not enough. Far better is to try to come up with a way of adjusting for as many of these factors as possible and then working out an “equivalent” interest rate: to show what those historic interest rates would feel like today.

That’s what housing analyst Neal Hudson has done. His findings are striking.

Consider: back in 1979 interest rates were at an average of 11.3% over the year – far, headlight higher than they are today.

Yet when you adjust for the fact that people were less indebted and had higher comparative incomes to pay their bills, that 11.3% interest rate is about equivalent to a 2.1% interest rate in today’s money.

But because people were so much less indebted on average and their earnings were higher (compared to their mortgage payments) than today, actually those double-digit interest rates felt about the same as a 3.5% interest rate would feel today.

Even 1990 – the very high water mark for UK interest rates, where they rose to an average of 15%, triggering a miserable household recession and momentary housing crash – looks slightly different in this respect. In fact, if interest rates went up to 7% today, they would cause about the same amount of pain as they did in 1990.

Actually it is worse, because none of the above figures take into account MIRAS, which made mortgages much cheaper. None of them adjust for the fact that people are going to have considerably less money available in the coming years to pay their mortgages, because of the rising cost of energy.

But by now you probably see the point. Because today’s households are on average far more indebted than their predecessors and have lower earnings compared with their mortgage repayments, even a comparatively low interest rate has the same burden as a double-digit rate did back in the 1980s.

Which brings us to where we are today. Adjusted for affordability, a 2.25% interest rate is about the same as the rates faced by homeowners in the late 1970s, when the official bank rate was over 10%.

If rates rise next year to 4.75% – as investors expect – then that would be the highest adjusted interest rate since 2008 – just before the financial crisis.

If they were to rise to 6% then that would see the mortgage burden getting to the same kinds of levels it was in the very late 1980s, just before the greatest housing crash of the modern era.

I am not sure the gravity of this is entirely appreciated in Westminster. The Truss government has committed to borrowing enormous sums to fund its various schemes – some to address energy prices, others to cut taxes.

It understands that, all else being equal, measures like this will force the Bank of England to push up interest rates – and that is precisely what is happening.

Since August, the expected path for interest rates in the UK has increased dramatically. A couple of months ago, when the leadership battle was just beginning, the expectation was that rates would peak at 2.75%. Now the peak is expected to be 4.75%.

That might sound like a small difference if you only pay attention to the headline interest rate.

But by now you know that’s desperately misleading. By now you know that rates at this kind of level are actually high enough to dampen demand and cause real financial pain for many millions of households across the country.

This is, in short, a big deal – even if the numbers still look quite small.