Reo Hatate’s strike saw 10-man Celtic restore their two-point lead at the top of the Scottish Premiership with a hard-fought 2-1 win over Motherwell.

Rangers’ emphatic 4-0 win at Hearts in the early kick-off meant Celtic went into the game behind their rivals for the first time this season.

Ange Postecoglou’s side ended the match with 10 men after Callum McGregor was shown a straight line for hauling back Well midfielder Ross Tierney as he raced through on goal.

How Celtic restored their lead at the top

Celtic again lined up with Moritz Jenz and Stephen Welsh in central defense in the absence of the injured Carl Starfelt and Cameron Carter-Vickers.

Joe Efford and Rolando Aarons were out for Motherwell with hamstring injuries and Carl Slattery was still absent but Ricki Lamie brushed off a knock to start.

Jota scuffed an early chance into Liam Kelly’s hands but Motherwell were generally defending diligently until the 15th minute when a simple move led to the opener.

McGregor ran into the left channel and played the ball outside to Jota, whose first-time cross was met by Matt O’Riley. Kelly could not hold the midfielder’s header and Furuhashi made sure the ball went over the line.

McGregor was soon off target from Jota’s cross before Motherwell almost had a sight of goal only for Barry Maguire to mis-control Paul McGinn’s cross in space eight yards out.

Juranovic rattled the bar with a 22-yard free-kick just before Connor Shields warmed Hart’s hands after Motherwell’s best move of the half.

The resulting corner led to the equalizer. Blair Spittal lofted the ball back into the box after Daizen Maeda headed away Sean Goss’ delivery and Juranovic chested it back towards the goal, seemingly unaware Hart had vacated his line to go after it. The goalkeeper scrambled back but could not claw it away in time.

The Croatian almost made amends after a one-two with Maeda but arrowed a shot just over and Hatate came closer with a 25-yard strike off the inside of the post. Furuhashi sent a diving header wide on the rebound.

Motherwell threatened from some set-pieces early in the second half and sections of the home support began to articulate their frustration.

Juranovic shot just over again and Furuhashi turned Sondre Solholm, but the defender recovered with a last-ditch tackle.

The visitors were pushing men forward when they got the chance but were clinically punished for leaving Hatate spare as Celtic lined up for a corner. Jota spotted the Japanese midfielder 25 yards out and Hatate took a touch and fired into the far corner.

Celtic looked for a cushion but Furuhashi knocked substitute Liel Abada’s cross wide from close range and was denied by Kelly as he tried to go round the goalkeeper.

McKinstry had a fresh-air swipe after getting a sight of goal following a long throw, Maguire forced a decent save from Hart and Tierney latched on to Hatate’s loose pass before being hauled back by McGregor, who was shown a straight red card.

Morris was well over from the resulting 25-yard free-kick and Celtic came closest to scoring during five minutes of stoppage-time when Abada knocked a rebound wide from close range.

What the managers said 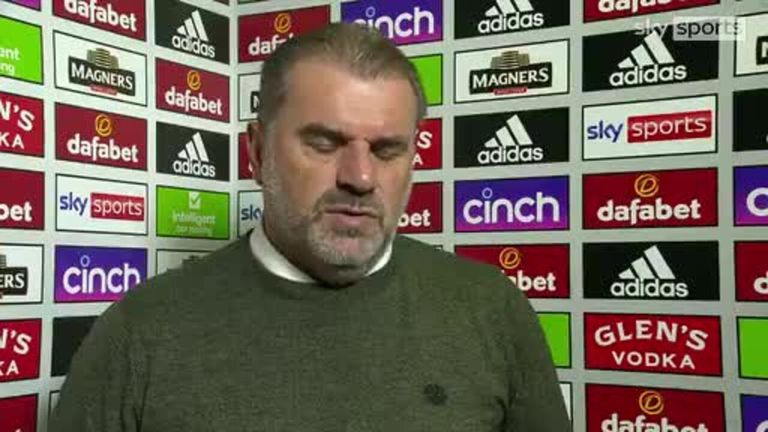 Celtic manager Ange Postecoglou insists there is more to come from Reo Hatate after he scored the winner against Motherwell.

Celtic manager Ange Postecoglou insists there is much more to come from match winner Reo Hatate:

“We certainly created enough chances to win the game and make it comfortable, then a couple of self-inflicted wounds made the game a little bit tougher than it should’ve been for us. 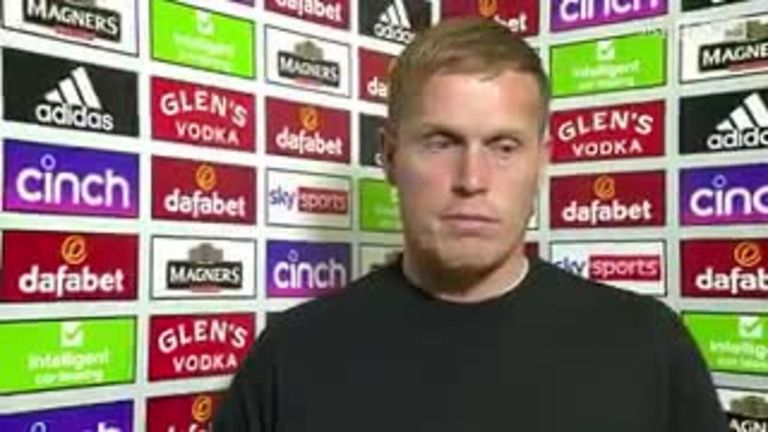 Motherwell boss Steven Hammell was left frustrated by their defeat to Celtic, believing they could have taken something from the match.

Motherwell boss Stevie Hammell believes it was a missed opportunity for his side:

“We didn’t come here to lose, we wanted to pick up as many points as we could.

“I felt, the way the game played out, that’s something that could’ve happened.

“We spoke prior to the match about being clinical when you get into those areas and about how the chances will come few and far between, but when they did come we didn’t capitalize on them.”

Celtic’s attention turns to the Champions League with a game away to RB Leipzig on Wednesday evening.

Motherwell are away to Ross County in the league on Tuesday night. That match kicks off at 7:45pm.