THE DELAY IN bringing a memo to the cabinet for the implementation of the Commission on Defense Forces recommendations has been blamed on friction between two government departments, sources have said.

Minister for Defense Simon Coveney was due to bring an action plan to the Cabinet regarding the Commission at the beginning of this month. It is likely now to happen within the next two weeks.

It has been pushed back as the Department of Defense (DOD) and Department of Public Expenditure and Reform (DPER) engage in discussions on funding.

The Action Plan is understood to contain more than 60 expected implementation goals.

The Commission itself was appointed by the Government to come up with a review of the state of the Defense Forces. It returned with an evidence-based assessment of Ireland’s military which essentially said it was not fit for purpose.

It called for a major investment in the three services, the Air Corps, Navy and Army along with recommendations set out in three levels of ambition. The Government is set to adopt a middle road with some of the most ambitious elements included.

Those discussions between the two departments are said to be tense with one source saying that the Department of Public Expenditure and Reform are anxious to scale back the ambition of the proposals suggested by Minister Coveney, his team and Defense Forces command staff.

Sources with knowledge of the discussions said that there had been significant progress on developing the implementation plan with the military and civil servants in the Department of Defense working closely together.

Minister Coveney has hailed the work and the DOD is pushing forward with a major investment in the Defense Forces. 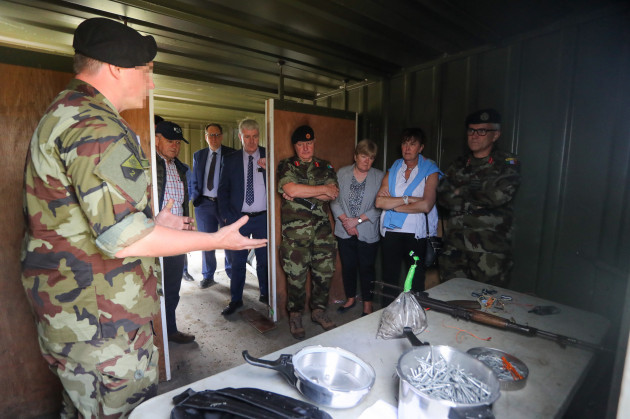 But, according to multiple sources, the public expenditure department has placed a road block in the way of the plan and are trying to prevent the major investment in Defence.

“These discussions are at a very sensitive stage. The issue centers around a multi-year funding model that DPER is refusing to commit to,” a source said.

“The DOD are moving for a hugely ambitious plan and in fairness to them there has been a lot of criticism in the Defense Forces about the DOD in the past but this has been a breath of fresh air.

“The problem is DPER and their refusal to fund this on a multi-year investment basis.”

It is understood that Coveney has continued to make representations to his cabinet colleague Michael McGrath, the Minister and the head of the DPER, but these have been difficult discussions.

Coveney and McGrath are election rivals based in the same Cork South Central constituency which has a large Defense Forces population due to the nearby Naval Base at Haulbowline and the army base at Collins Barracks.

Coveney told the Dáil on Tuesday night that he hoped that the memo would be delivered to the cabinet in the next two weeks.

Although he was not explicit in the difficulties faced by his department, he did say that progress required an “interdepartmental discussion”.

In response to a question from Fianna Fáil’s Eamon O Cuiv, Coveney said: “All I can say to him is that I have given a commitment to bring to the Government recommendations from the commission report in the month of June.

We are at the end of June now, so that will be done very shortly – next week, I hope. If, however, we cannot get an agreement next week, it will be the following week, but I hope to be able to do this shortly. 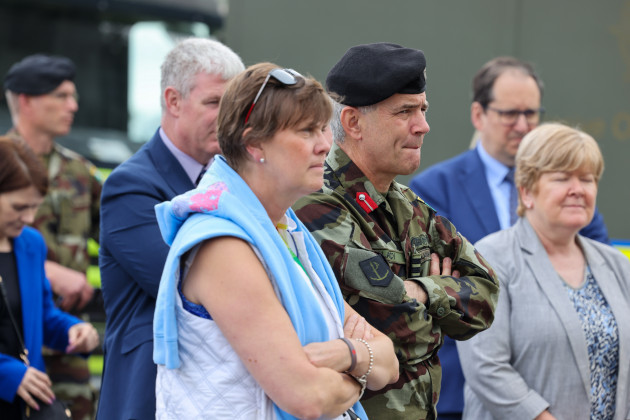 The military had set up a dedicated “cell” in the Defense Forces Headquarters manned by a small group of senior officers. They have been directly liaising with their civilian counterparts in the DOD to implement the recommendations of the report.

No news is bad news
Support The Journal

Coveney gave an insight into some of the work done by his department in his comments to the Dáil this week.

“There has been an enormous amount of work by both the Chief of Staff [Lt Gen Sean Clancy] and his team and by my Secretary General [Jacqui McCrum] and her team on trying to get this right.

“The civil-military co-operation in turning this commission report into an action plan is the single most impressive process of co-operation I have seen between civil and military in the Department of Defence, in my time anyway, and previously,” he said.

The Minister said that there was a particularly strong working relationship between Clancy and McCrum to bring forward the “really credible and good report with a very strong evidence base”.

“This will cost a lot of money, and it is not easy to get a series of recommendations of this scale agreed. We are working with other Government colleagues to be able to do that as soon as we possibly can,” he told the Dáil.

A statement from the Department of Defense confirmed that officials were hopeful it would go to the cabinet before the summer recess.

“Following publication of the report of the Commission on the Defense Forces on 9 February last, detailed consideration of its wide range of recommendations has been undertaken by the Department of Defense and the Defense Forces and this has included stakeholder consultation.

“Arising from this process, the Minister for Defense intends to bring a Memorandum to the Government containing a proposed response to the Commission’s recommendations, along with a High-level Action Plan, before the Summer recess,” a spokesman said.

The Department of Public Expenditure did not respond to a request for comment.